The Origins of the Shiraz Grape Used in Australian Shiraz Wine

Shiraz is the first word that most people think of when it comes to wine from Australia. It’s also the most popular red grape grown in the country. Many people assume that this grape is descended from the one used in traditional Shiraz red wine from Persia/Iran.

However, things are not quite as they seem. Examining the origins of the original Persian wine and the origins of Australian Shiraz shows that they are very different even though they are both called Shiraz. To get a better understanding, let’s start by looking at Persian Shiraz. 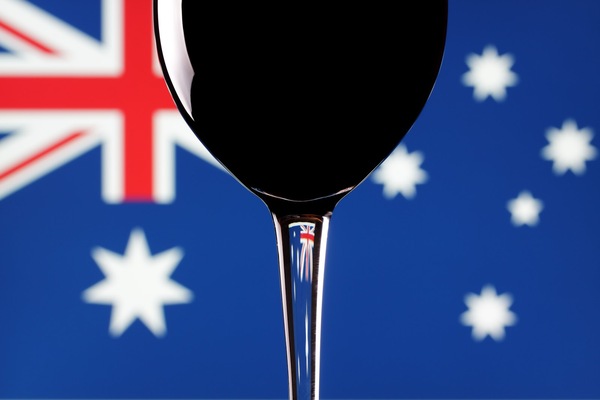 The Persian origins of Shiraz

Persia, now Iran, has a long history of producing excellent wine. There is evidence of grape cultivation from around  2,500 BC, in the area around the city of Shiraz. Wine continued to be produced in the area and Hafez wrote about it in his poetry, in the 14th century.

The first European to speak about the quality of this wine was diamond merchant, Jean Chardin, in the 1680s. He spoke about how well preserved the wine was. Since then, many people have wondered whether Chardin helped to introduce this grape to Europe. However, the European grapes from which Australian Shiraz varieties originate are something different.

Why the original Shiraz is not the same as Australian Shiraz

The origins of Shiraz wine in Australia can actually be found in the Syrah vines of the Rhone Valley in France. Originally, there were rumours that Persian vines were brought to the Hermitage Vineyard here, by Gaspard de Sterimberg in the 13th century.

It was not until 1998 that experts carried out DNA tests on Syrah vines. These tests showed that the vines were a combination of two vines from the local Syrah area. They did not have any origins in Persia. These Syrah vines provide the origins from where the story of Australian Shiraz began.

The story of Australian Shiraz

Exporter James Busby and importer John MacArthur brought the first Syrah vines to Australia early in the 19th Century. The first crates of vines were labelled “scyras”. Many people thought this was a misspelling of Shiraz.

It seems likely that James Busby knew that associating the vines with the Persian Shiraz grape variety would add some magic to them. The use of the wine imported by John MacArthur was very different from the use of Shiraz today. The wine was mostly used for blending.

This was the case until famous winemaker Max Schubert came on the scene. He created the first top-quality Australian Shiraz table wine. This was the start of the famous Penfolds Grange range of wines. Australia is actually the biggest user of Syrah vines outside of France, despite the resulting wines bearing the Shiraz name. The Syrah grape is also used in wines that do not use the Shiraz name, in South Africa and the United States.

The Shiraz name has become well-known for its connection with good quality Australian table wine. At the end of the day, it really does not matter that Australian Shiraz does not have any mystical connections with Shiraz in Persia. It’s still a top-quality grape and the resulting drink is hugely popular in Australia and internationally. In fact, it’s one of the biggest selling wines in the world and is the product that most supports the wine industry in the country.